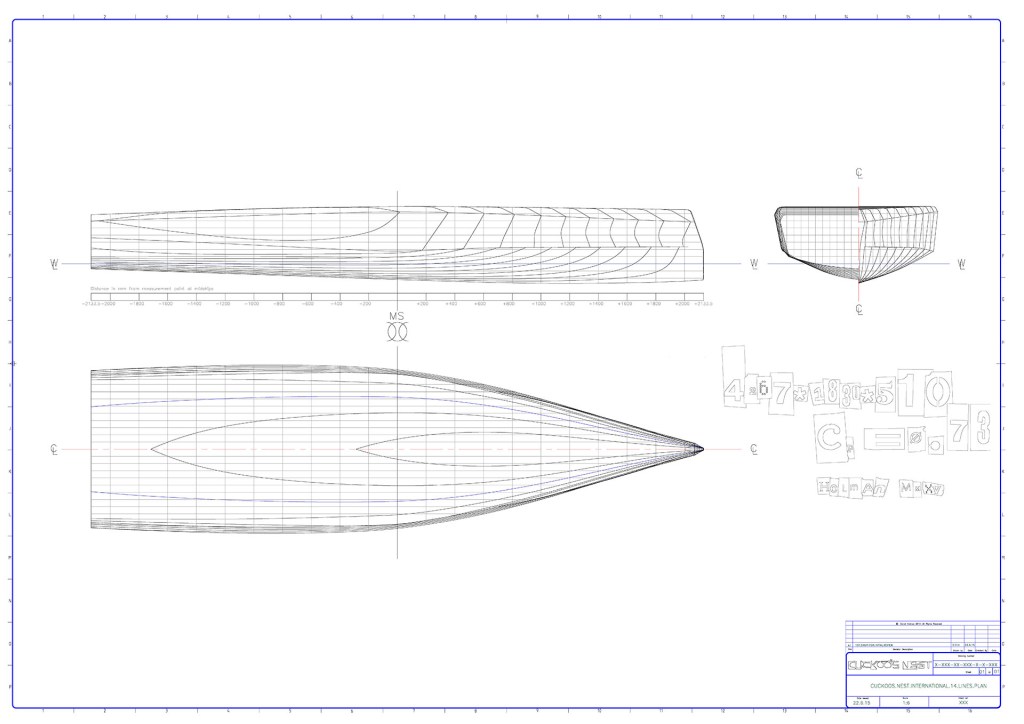 The intent of the cuckoos nest design was to offer drag reduction across the entire speed range at the displacement (net of tfoil lift) and trim combinations seen with modern tfoil use.

As well as optimising traditional hydrostatic quantities across the speed / displacement / trim combinations, the main differentiator of the cuckoos nest is that the rise of floor chine is locally kinked, so that the intent of the rule is challenged with a minimised waterline beam, whilst keeping a fair hullform. To improve speed in the planing regime, another chine has been placed in the aft third to engage at, but not before typical trim/displacement combinations seen at around 12kts boatspeed and above. The cuckoos nest also features a spray rail forward to split the bow wave, reducing wetting and drag at higher semi displacement speeds ie 8-12 knots.

The design also features aft mast placement, reverse shear and a dreadnought bow to reduce non essential weight and Windage. The fwd and aft wing bars are extensions of the X frame and transom respectively. 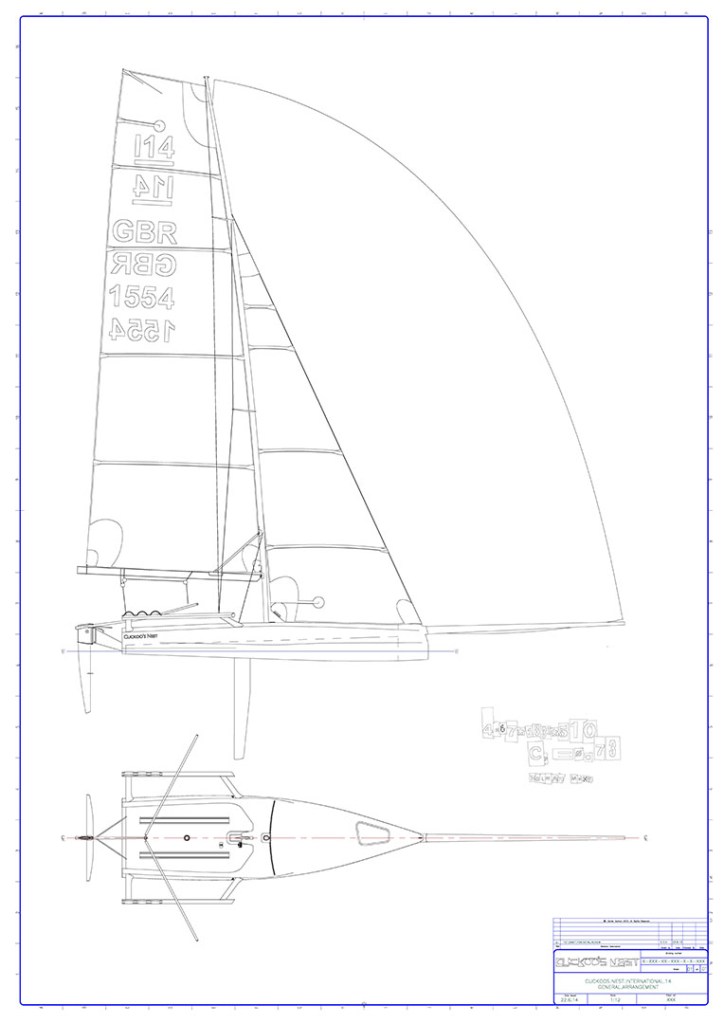 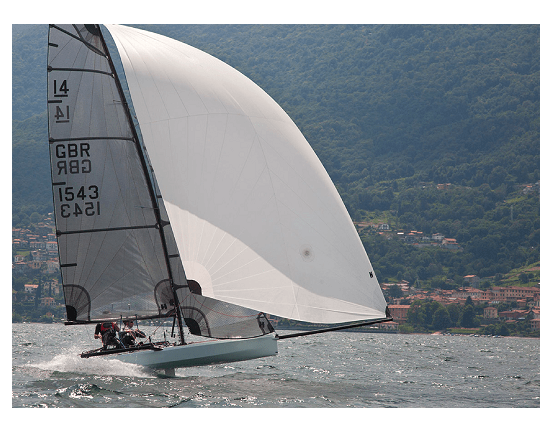 As the name suggests the design is a departure from the traditional dinghy shape.

Once on the plane planing speed is determined by the efficiency of the lifting surface, in this case the bottom of the boat. Quite simply V sections are more efficient planing surfaces than U sections. (When did you last see a U sectioned planing powerboat). If you have a better planing shape it will not only plane faster but will remain on the plane longer so the last design aim is also satisfied.

As a comparison, the more important hydrostatics of “Departure” (Hollom 1) and the Bieker 5 are as follows:-

The displacement of both designs is of course identical.
Sailing experience to date confirms that the design aims were achieved with the boat planing sooner, planing faster and remaining on the plane longer. 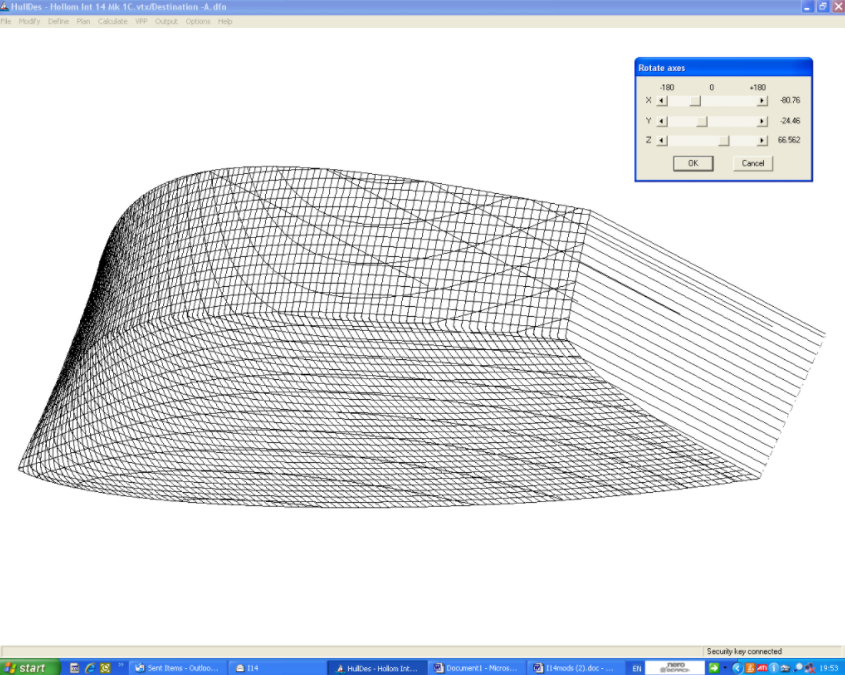 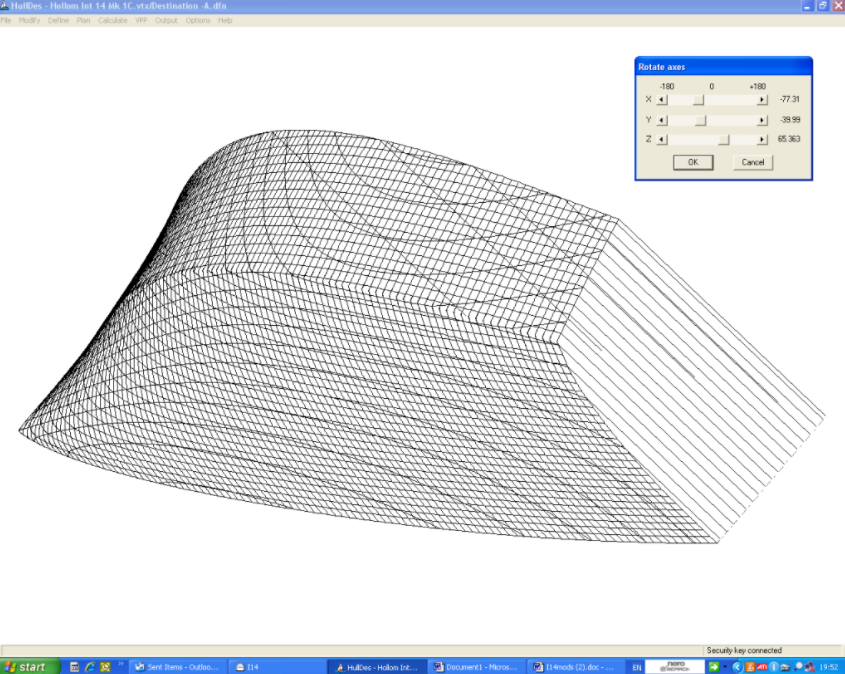 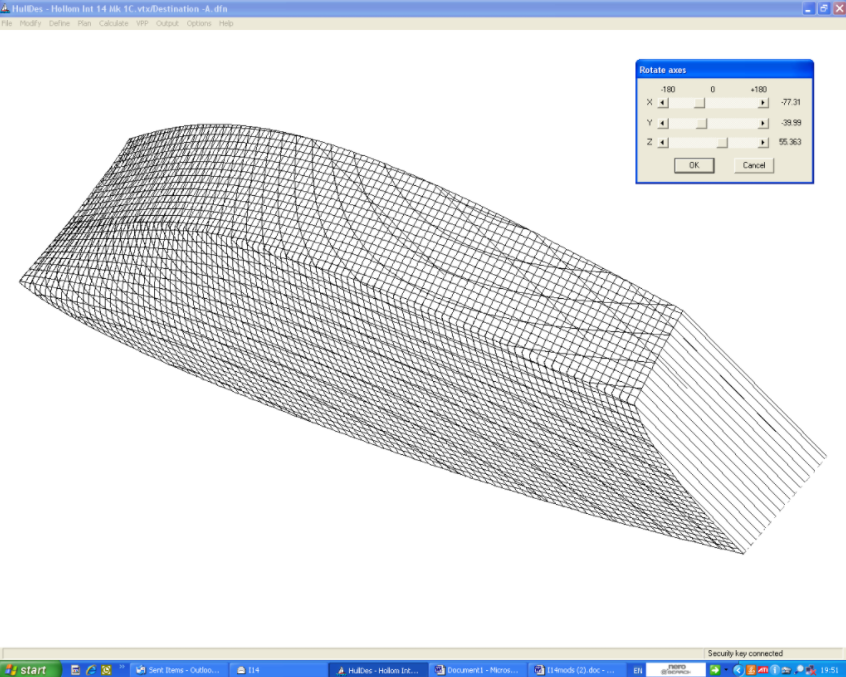 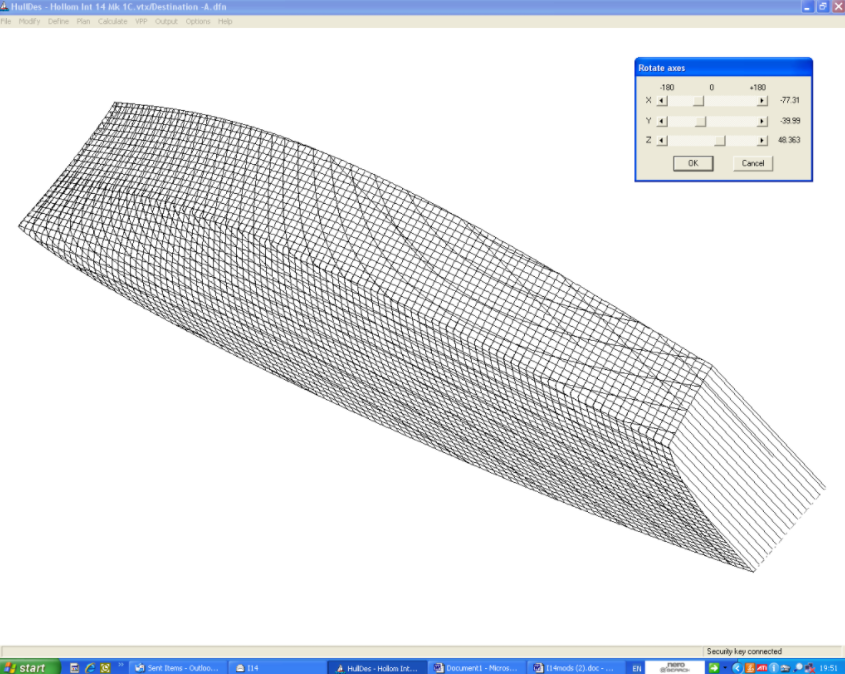 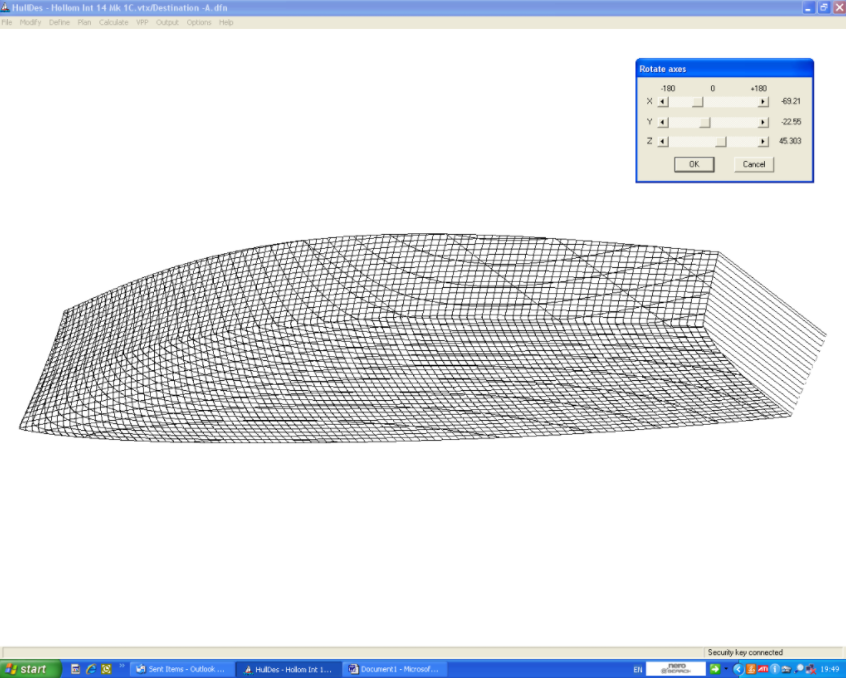 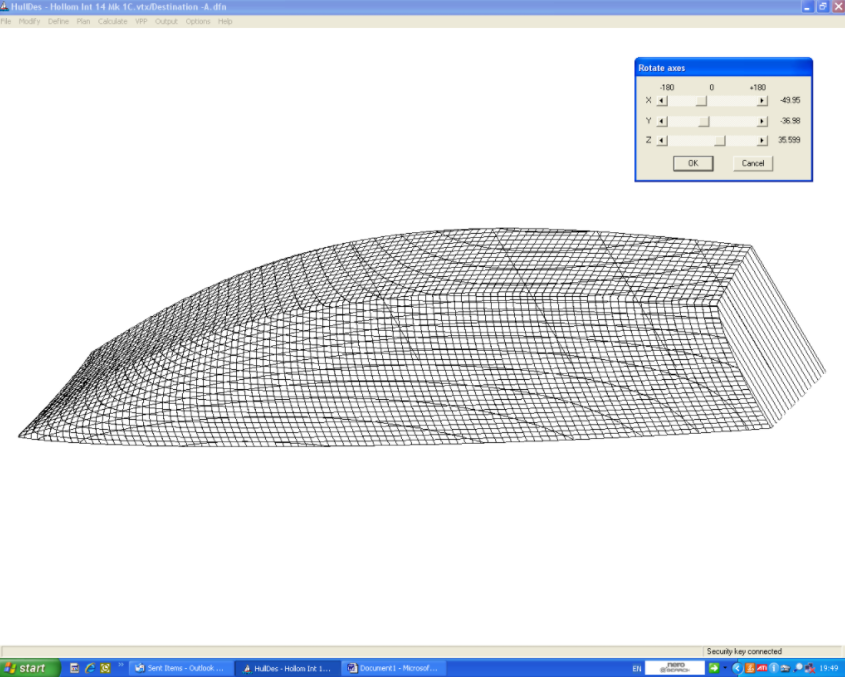 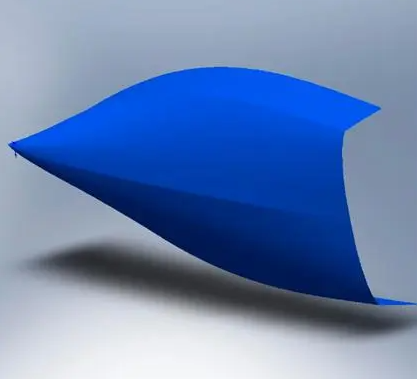 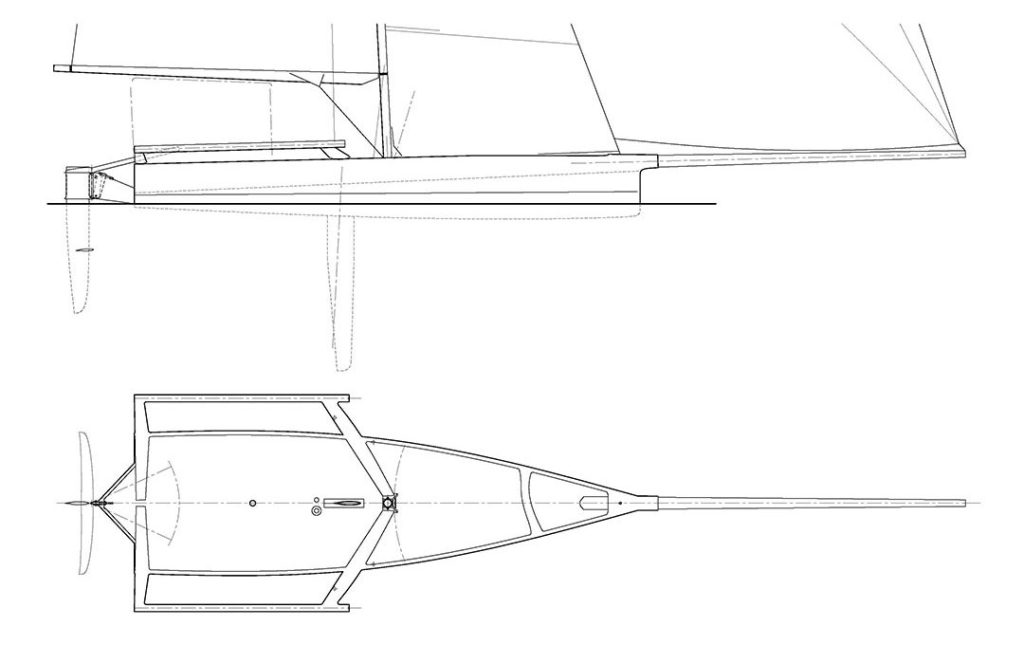 The attached images show a comparison of the B5 and B6 with the B6 hull shown in it’s faired shape prior to bow rounding. The B6 hull shape has been straightened longitudinally relative to the B5, i.e. I took volume out of the middle of the hull and pushed it into the ends while pulling volume out of the topsides throughout. In the bow this was done by lowering the rocker line and creating the beginning of a bulbous lower bow. The sections forward have been narrowed mid freeboard to reduce wave drag when sailing in light air with the bow deep in the water. A bit of rocker has been taken out of the hull shape aft, with the transom width increased to keep the transom immersion depth similar to the B5 for a given weight placement in the boat. 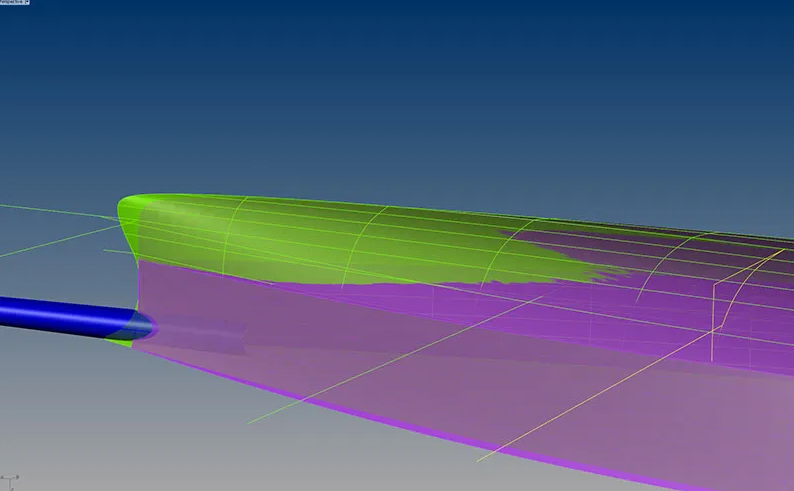 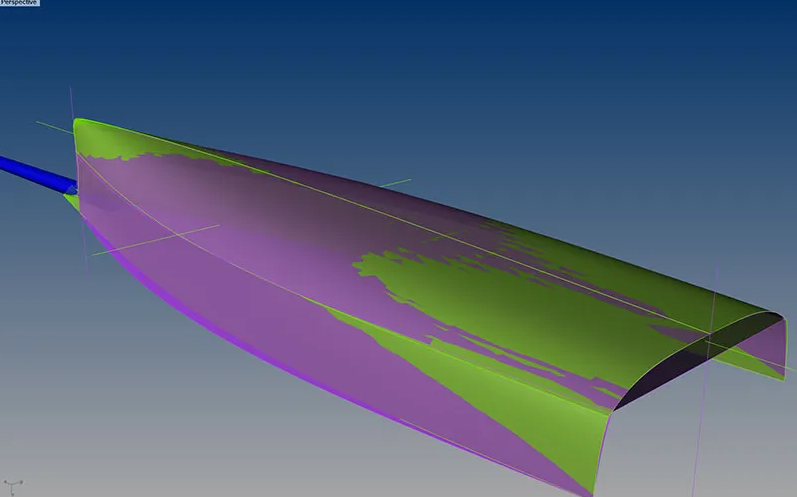 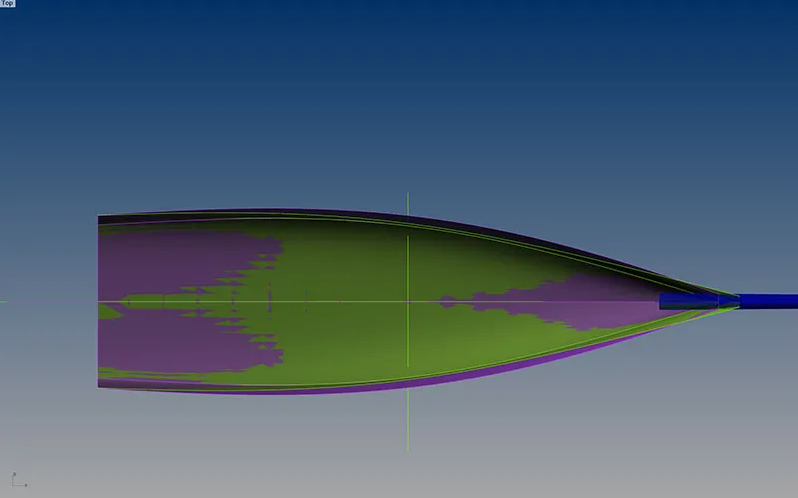 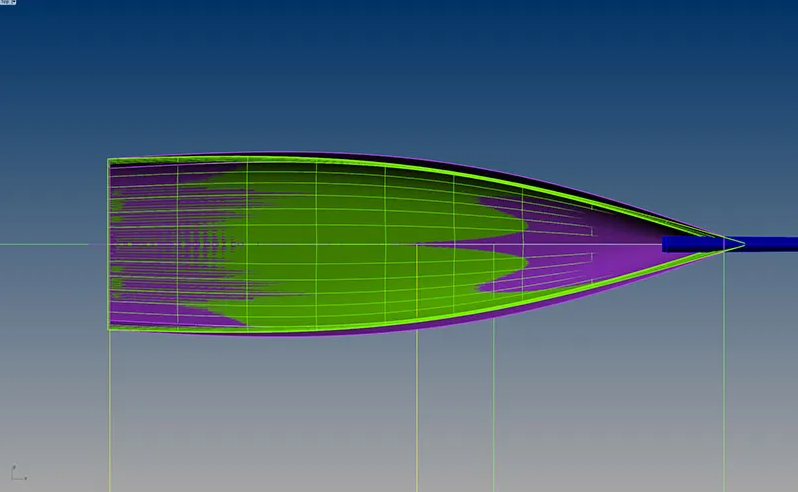 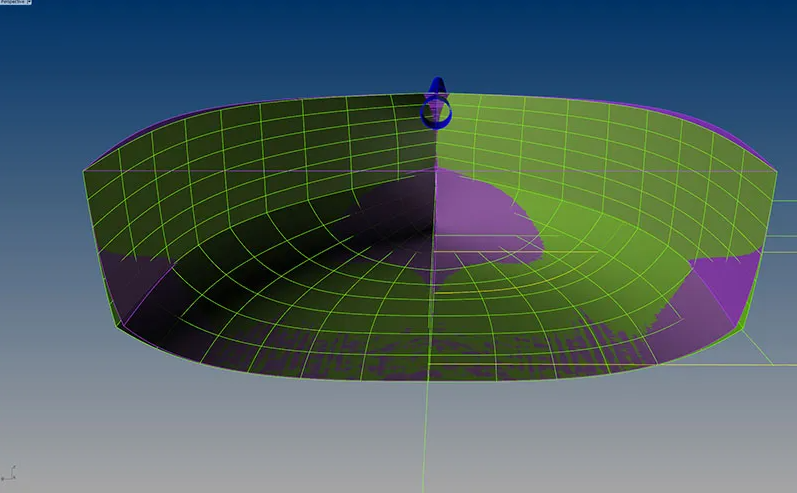 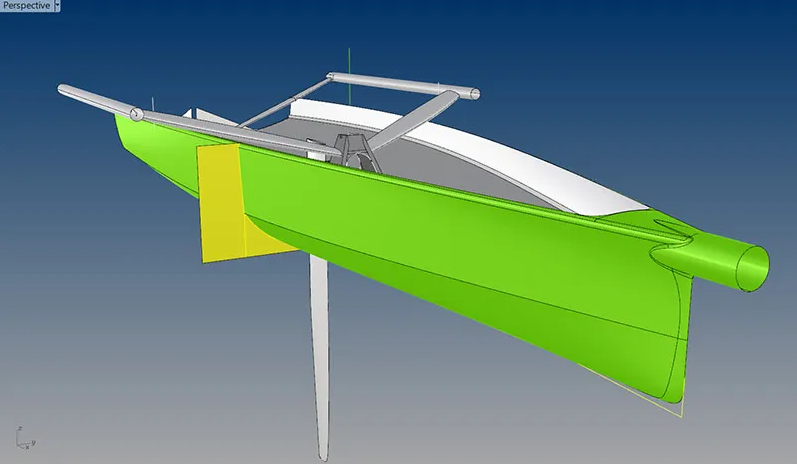 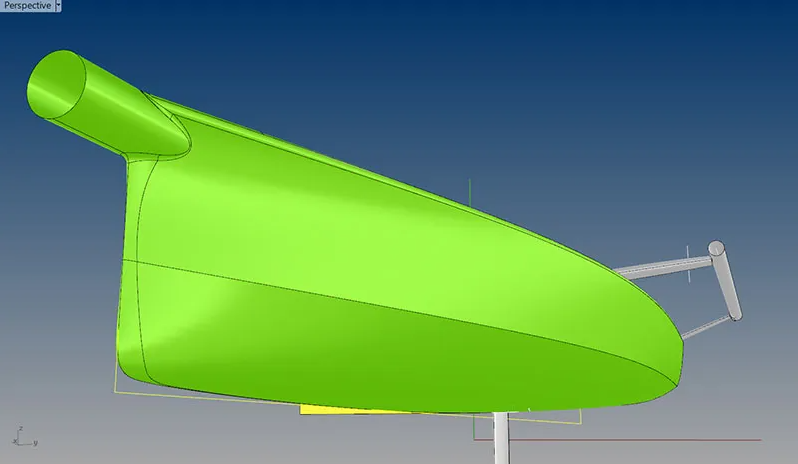 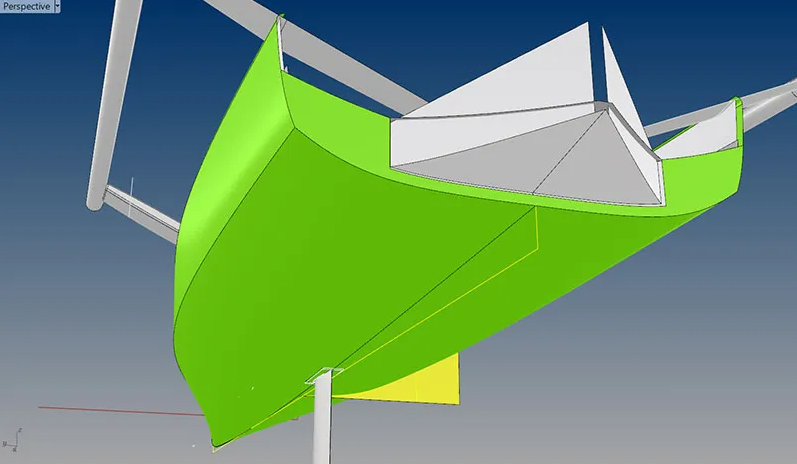 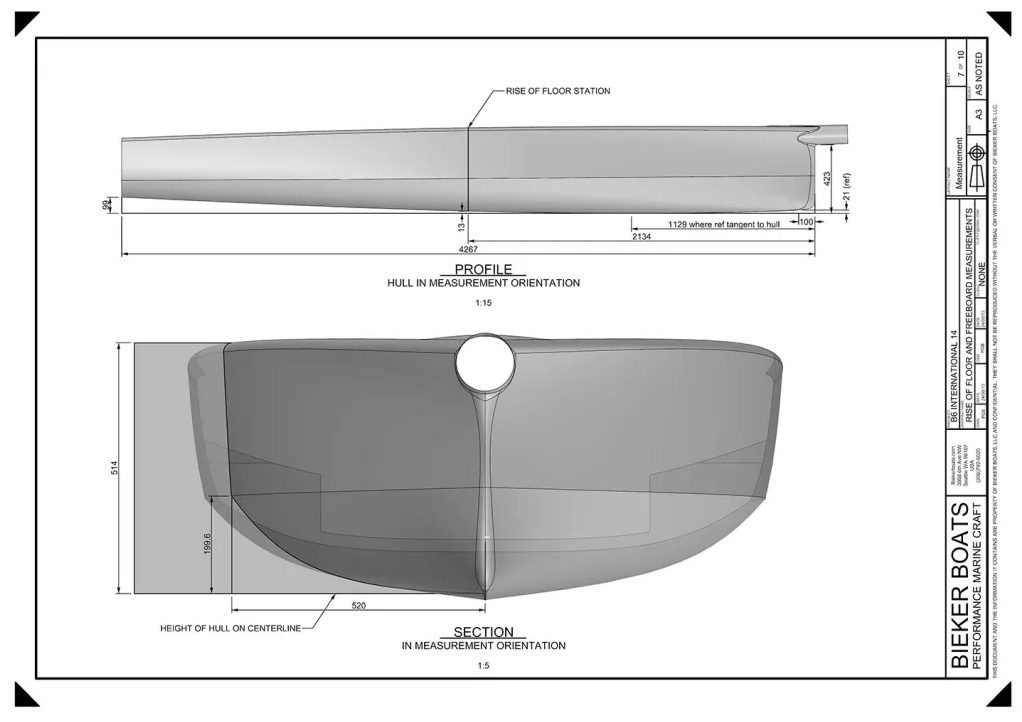 The sailplan shows the upperless rig layout that we have been playing with in Seattle. The idea behind this rig is to clean it up aerodynamically and improve its efficiency upwind. 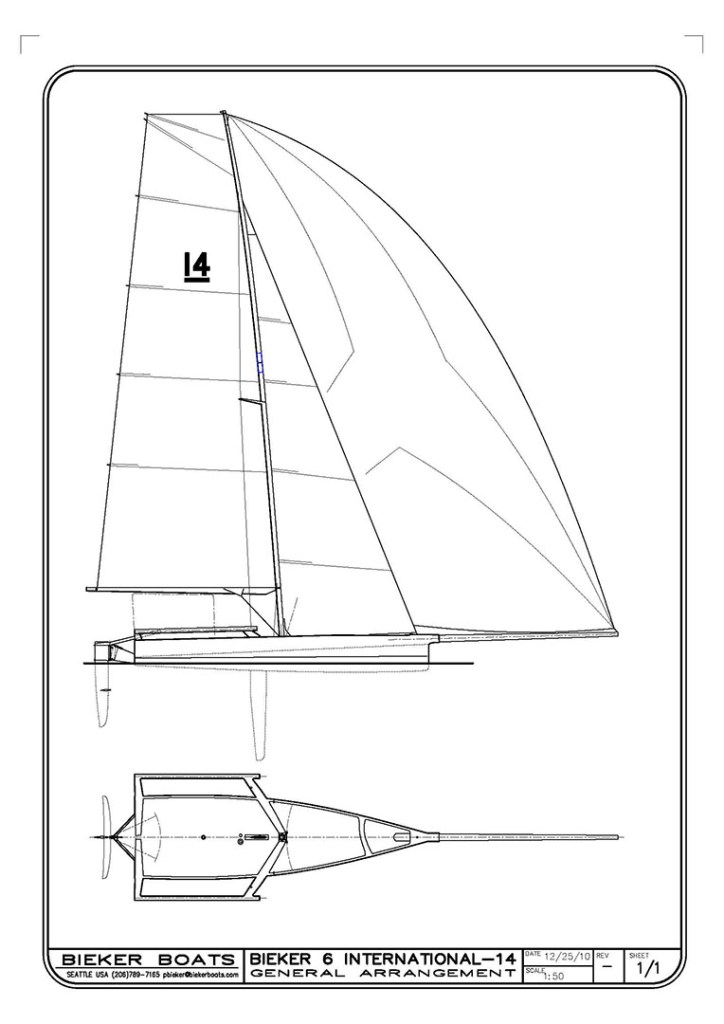